After his first studies in Turin (a pupil of Milani), he moved to Genoa in 1902, making his debut the following year at the Promotrice with the painting "Jacopo Ortis". The close relationship with Nomellini converted him to Divisionism; together with his brother Gian Maria as well as other artists, such as Eugenio Olivari, Paolo De Gaufridy, Giuseppe Giglioli, he contributed to the foundation of the Group of the Nine, artists and intellectuals who gather in the Society of Scientific Readings. In 1907 he painted the work "The conquerors of the sun", a painting with a social background executed with the pointillist technique. He will then exhibit it in Paris in 1909, at the Salon d'Automne. Also in 1909 he moved to Paris, where he lived for about ten years, together with his brother Gian Maria. In 1910, due to the insistence of Marinetti and Severini, he participated in the Futurist movement, but for a very short period. In Paris he frequented numerous exponents of the artistic and theatrical avant-garde; involved by his brother Gian Maria, he devoted himself to scenography, preparing a series of theatrical sketches. The year 1914 probably marks the painter's peak in Paris, where he holds his first personal exhibition exhibiting the work "La grande Farandole" (Farandole in Montmartre); in this period Cominetti's concern was to create a relationship between the Italian and French artistic environment. A fighter in the First World War, he obtained a large number of drawings, which he would then exhibit in numerous European cities including Milan and Genoa. In some paintings, executed in this period, Cominetti attenuates the intense chromatism of the Parisian years, to arrive at a less intense, more dramatic tonal mixture. In recent years, Cominetti was involved in the field of scenography. In 1919, with his brother, he was one of the founders of the Genoese Futurist Group. In 1925 he conceived and created sets and costumes for the Tour de Cartes show represented by his brother Gian Maria, at the Paris Theater Festival, as part of the International Exhibition of Decorative Arts. In Paris, in 1926, a large personal exhibition of him took place and numerous others were set up in Rome and Genoa, at the Circolo della Stampa. In 1928, due to the consequences of a serious road accident, he drastically slowed down his activity as an artist. Works by him can be found at the Gallery of Modern Art in Genoa, the National and Municipal Galleries of Modern Art in Rome, the Mitchell Wolfson Jr. Collection. For further information on the list and the exact location of the works, please refer to the monograph of the painter Giuseppe Cominetti by Prof. G. Bruno, Stringa editore, Genoa 1983. 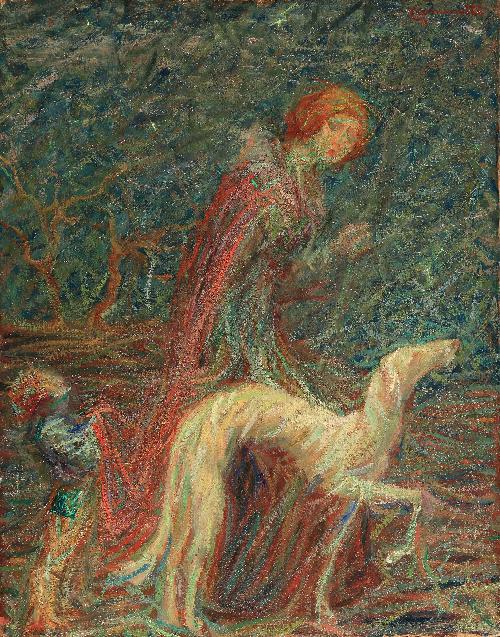 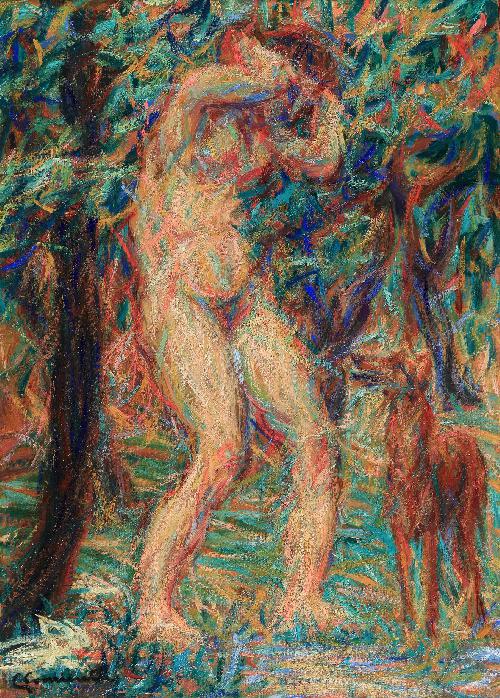