Born February 5, 1903 in Pieve di Teco, died August 27, 1968 in Savona. He lived in Chiavari (Genoa), he was director and holder of the chair of painting at the Ligustica Academy of Fine Arts in Genoa from 1946 to 1962. Self-taught, his first manifestations as a painter were influenced by the Italian twentieth century movement, starting to exhibit from 1928 , with participation in the most important art exhibitions in Italy and abroad. He took part, therefore, in all the regional and national in Rome, Florence, Milan, Turin, Palermo. He was invited to several editions of the Venice International and the Decorative Arts of Monza, Milan, Brussels. He also participated in the Italian Art Exhibitions in Berlin, Augusta, Cologne, Stuttgart, Munich, Leipzig, Hamburg, Dresden, Vienna, Cleveland, New York, Los Angeles, Baltimore, Prague, Warsaw, Sofia, Bucharest, Tallin, Helsinki , Kaunas, Buenos Aires, Rosario, Sidney, Melbourne. Among his most significant personal exhibitions, those of 1940 at the Venice International Biennale; in 1960 at the Palazzetto Rosso in Genoa; in 1964 at Palazzo Torriglia in Chiavari; in 1968 at the Civic Gallery of the City of Imperia; as well as that of Modern Art in Italy at Palazzo Strozzi in Florence in 1967. In 1925 he participated in the foundation of the Group of Art Action, considered, with the Genoese Futurist Group, one of the first movements of modern art in Liguria. The exhibition "Rambaldi, forty years of painting" of 1964, brought to light at least five prehistoric works by the Chiavarese painter (touches of pure, alternating and appreciated colors), authentic premises of the formation of the aforementioned action group, and precisely: Entrata al tabarin (1920); The chicken coop (1922); The cave of vices (1922); Bai-tabarin (1922); Backlight (1922). In addition to being a painter, he was a draftsman and etcher. He had important national and international awards. He was a member of the "Engravers of Italy". His works appear in the Parliament Building in Rome, in the Civic Galleries of Savona, Latina, Turin, Genoa, Milan, in the National Gallery of Rome, in the Cabinet of Drawings and Prints in the Uffizi Gallery in Florence, in the Gallery of Drawings and Prints of the University of Pisa and in the International Museum of Modern Art in Florence. 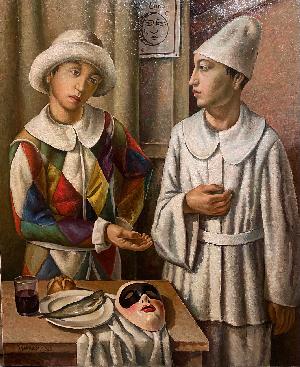 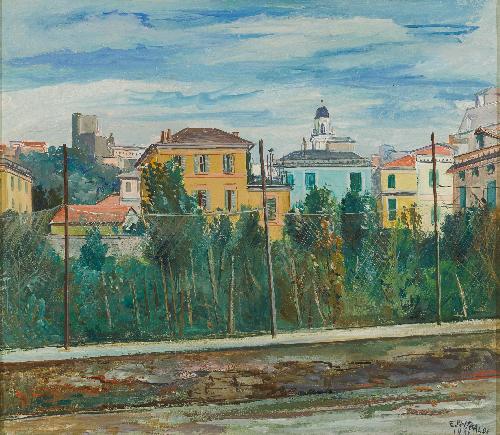 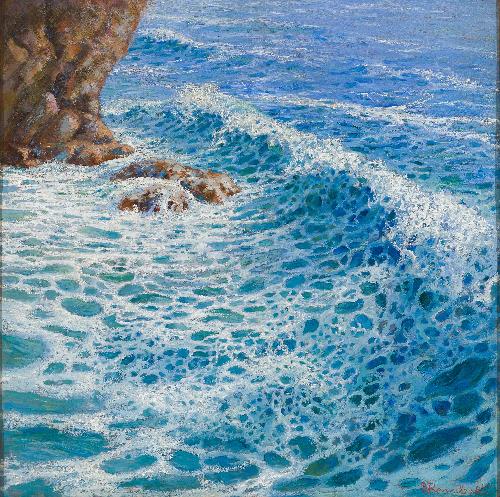