Born in Rome on January 13, 1881, died in Turin in 1961. Still a teenager, he was a pupil of Gaetano Esposito in Naples then studied in Paris with Cormons, finally with Giacomo Grosso at the Albertina Academy in Turin, where he was later a teacher. He especially established himself as a high mountain landscape painter, but he also devoted himself successfully to portraiture. At first Divisionist, he abandoned this way very early and formed a personal one. The less intense lights, the dawn, the evening, the gray autumn were his favorite subjects. He made his debut in Venice, at the 1905 Biennale, with Mattino di festa, purchased by the English Gallery of New Wales. He later participated in various exhibitions: at the Promotrice of Florence in 1907 with Almeno there is fire; at all the Venetian Biennials from 1905 to 1926, and from 1912 to 1940 with personal exhibitions; at Turin exhibitions and many international exhibitions. In 1903 he obtained the Fumagalli prize in Milan with the painting La Montagna; in 1910 a gold medal in Monaco with Thuile in winter, a picture that then in Turin in 1911 deserved the great silver plaque of the Alpine Club. His best works are: Prima neve, in the Gallery of Modern Art in Rome; the aforementioned Morning of celebration; But the sun is shining in the headquarters of the Bank of Italy in Rome; The return, in the private collection of Salò Colm in Vienna; Mont Blanc, owned by Calabi of Milan; Neve (Verraus in winter), in the Civic Museum of Turin, which also houses two oil studies carried out on the crossing between Naples and Newcastle: Mattino d'autunno and Canale in Holland. The Sidney Museum preserves the Aosta Valley of him. At the Cremona 1941 Prize he obtained the 1st prize with Italica Gens. At the XXIV Venice Biennale he presented the work: The border. 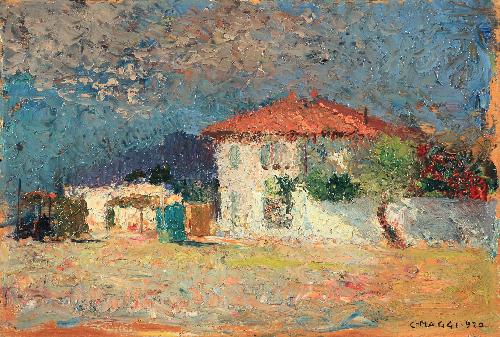 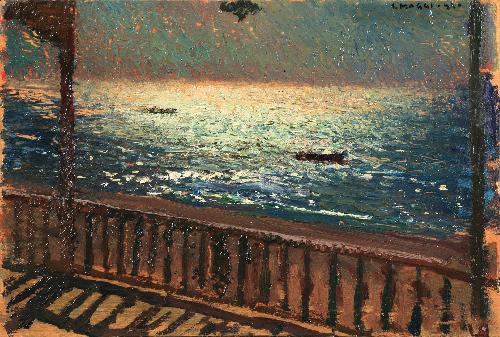 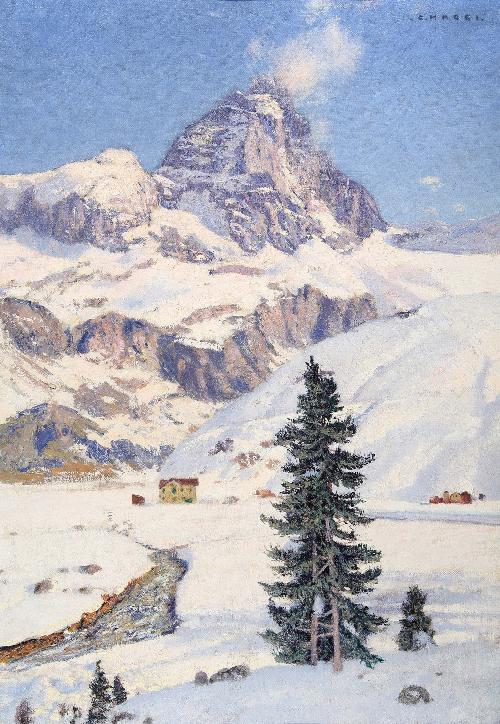