He attended the Ligustica Academy of Genoa before moving to Parma and then to Naples to complete his studies; there he had contact with the "School of Posillipo", and in particular with the painters Vianelli, G. Gigante, R. Carelli, who aimed to reform the eighteenth-century landscape. Back in Genoa he devoted himself to landscape painting, painting the most characteristic places of the city and the coast, fixing with great skill the architectural and landscape aspects destined to change within a short time, due to the new urban layout of the city itself. In 1834 he was appointed Academic of Merit of the Classes of Architecture and Ornato della Ligustica; in 1847 he was adjunct professor of drawing at the same Academy, a position he abandoned to go on to teaching at the Royal College of Marina. From 1850 he participated, for thirty years, in almost all the exhibitions of the Genoese promoter. From an initial painting with a still romantic and somewhat manneristic taste (eg the painting "View taken from life", formerly G. Gatti collection, Genoa) he passed to a much clearer, more geometric and more faithful execution of the work to the truth. A representative example is the album "Aspects of Genoa and the Riviera in the first half of the 19th century", donated by the painter's great-granddaughter to the Municpio in Genoa. Therefore the image of the Cambiaso landscape painter prevails rather than landscape painter. He made numerous drawings and watercolors. He had among his pupils Oddone di Savoia, Laura Cambiaso Pellas, De Mari, G.B. Molinelli and Tammar Luxoro. Works by him can be found at the Galleria d'Arte Moderna di Genova-Nervi, at the Museum of the Risorgimento, at Palazzo Rosso Cabinet of drawings and prints, at Imperia Civic Art Gallery, at the Museum of Sant'Agostino Topographical Collection of the Municipality. 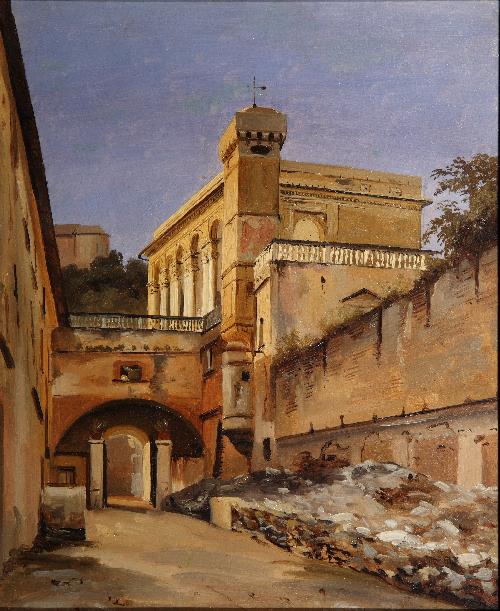 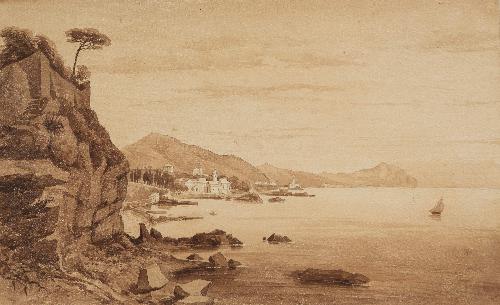 Gulf of Genoa from St. Julian