Born in Genoa on March 23, 1880, died there on October 18, 1955. Artist studious of every technical, chromatic, intellectual problem of modern painting. He interrupted his law studies to devote himself to art, under the guidance of Giovanni Quinzio. The first way of him, after the traditional one, was pointillism (The carousel, The walk etc.). After this experience, while keeping intact the characteristic geometric taste of the forms, Cornelio Geranzani eliminates the superfluous to compose with essential lines and chords of few colors. Intense colors, blue, red and yellow, simplifying the masses in full and flat colors. Typical expressions of the moment are the female nudes, in which yellow predominates, of The waterfall and the rainbow; of the Siren; of the In the study; of the Nymph; de Al bagno and the various studios. Then the artist's anxiety melts into a new expression of placid gentleness. It is the period of spiritual landscapes that fixes on the canvas crepuscular, almost undecided aspects of the unknown world of the silence of the night: The cloister; the spring night; the Nocturne warrior; the autumn night and the night of the spurs. About half a century of work is concluded with the delicate transparencies, the sincere precision, the lucid refinements and the gentle realisms of the still lifes. In this form of art it can well be said that he has achieved the greatest achievement and it is intuitive that it represents what best responds to his ideal vision: nature. The most significant stages of his long pictorial career are set by the exhibitions held in Genoa, Padua, Venice, Milan, Rome, London, Glasgow and Lausanne, as well as by the most important personal exhibitions (Galleria Bollardi, Milan, 1917; Palazzo Rosso, Genoa, 1932 ; Bragaglia, out of commerce, Rome, 1934). He has retrospective exhibitions in Genoa in 1956, with sixty works, and in 1968, with seventy-four works cataloged, and others out of commerce. Many works in the Genoese collections. 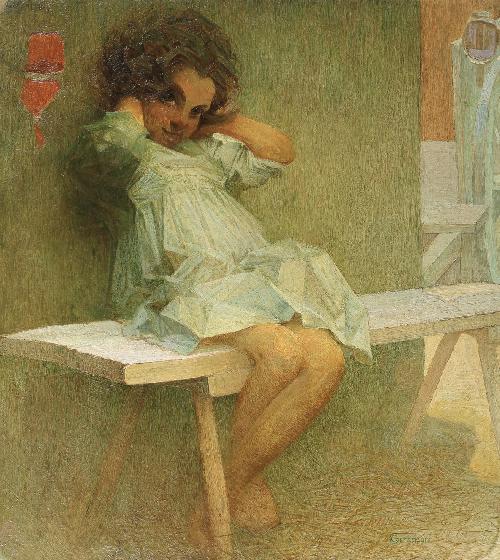 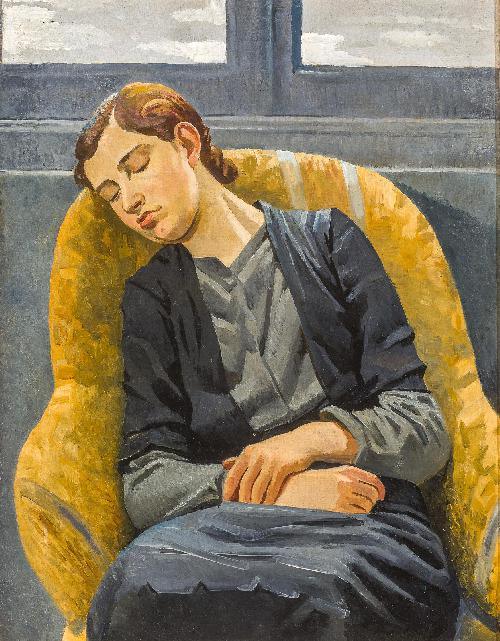